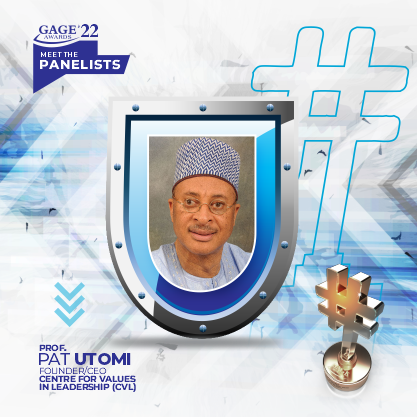 Within a few months of his return to Nigeria from Bloomington, Indiana, United States, Pat Utomi got enlisted by the former vice-president Alex Ekwueme to provide consultancy services on some public policy papers. Soon after, he was appointed Special Assistant by former President Shehu Shagari a position he lost following the military coup of December 1983, which terminated the Second Republic.

Utomi coordinated the establishment of several civil society groups on good governance and accountability such as Transparency in Nigeria, the Centre for Values in Leadership, the Concerned Professionals, and the Restoration Group. In the business sphere, Utomi was the vice-chairman, Platinum–Habib Bank. He is a columnist, and chairman.

Utomi has served in various private sector associations including the Lagos Chamber of Commerce and Industry (LCCI), the National Council of the Manufacturers Association of Nigeria, he is also the chairman of Poise Nigeria Limited, and the Nigeria Employers Consultative Association (NECA). He has spoken on issues in the following areas on various international platforms; growth economics, comparative development, leadership, oil, and China’s economic surge and growing influence in Africa. He has collaborated frequently with the center for strategic and international studies (CSIS) in Washington, and Chatham House, in the UK. 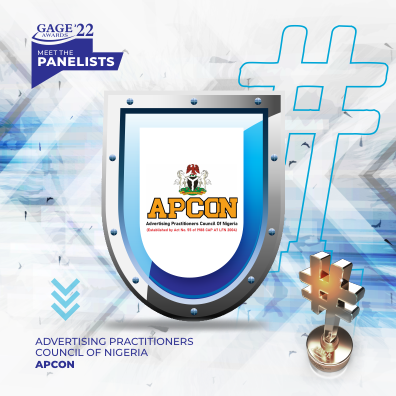 The last on our panel is Advertising Practitioners Council Of Nigeria (APCON). The regulators of the advertising space in Nigeria.

They maintain a strong focus on the vision of promoting responsible and ethical advertising practice, they act as the conscience of society in matters of commercial communications and as a watchdog for consumers. They also manage the need and interests of stakeholders in Nigeria’s advertising industry.

APCON cooperates with these Sectorial associations in regulating the conduct of their member organization to ensure a socially responsible practice. By insisting on pre-exposure clearance of all advertisements, APCON strives to check all forms of abuses such as misleading statements, spurious testimonials, visual and verbal exaggerations, misleading offers, suggestion or pictures offensive to public decency, etc. 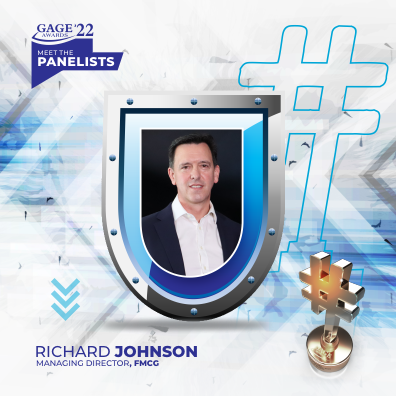 Richard Johnson is a multilingual and internationally mobile Managing Director and OHH excellent track record in FMCG businesses in both mature and emerging markets. Working experience in the UK, Russia, CIS, Switzerland, Africa, Middle East Latin America, Central Asia, and China. He held senior commercial positions in an FTSE 100 group and as a turnaround specialist in private equity-backed companies.
Results-oriented with a focused approach to brand building and leadership. 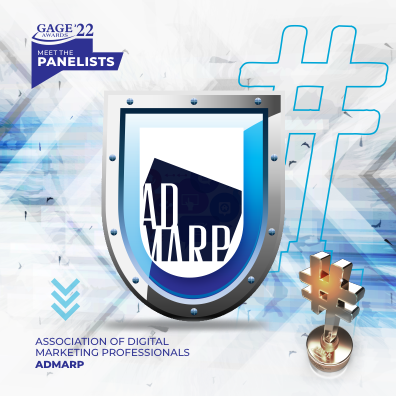 They will have a voice in deciding the best of Internet Nigeria in 2020. 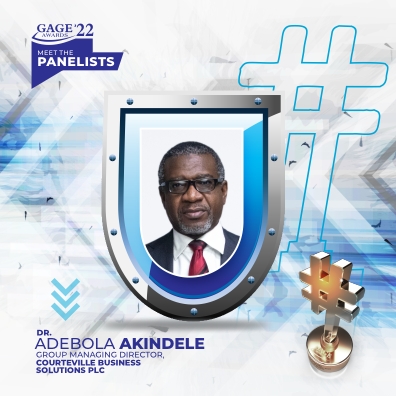 Dr. Adebola Ismail Akindele was born on the 25th of November 1963.

Following his post Primary education at Ansar-Ud-Deen College, Isolo, Lagos between 1974 and 1979, he proceeded to University of Ife, Ile Ife (now Obafemi Awolowo University) in 1979 where he obtained his bachelor of Agricultural Science degree in 1985. He later attended the University of Lagos, where he bagged his Master’s degree in Banking and Finance in 1993.

He holds a Doctorate of Business Administration from the prestigious International School of Management, Paris.
Added to this academic excellence are several training programs in Financial Services, Human Resources Management, Logistics, Risk Management and Bank Fraud Control & Prevention, Information Technology Systems Audit, Strategic Customer Service Management and Treasury Management in Nigeria and overseas. He is also an alumnus of the prestigious Lagos Business School, London Business School, and INSEAD, Fontainebleau.
By 2004, after almost twenty years of successfully handling increasing responsibilities in different organizations, in the Public and Private Sectors, Bola struck out to explore his entrepreneurial endorsement by promoting a Company which became a forerunner in E-Business and Process automation, not only in Nigeria, but in Sub-Saharan Africa. This company which he named Courteville Investments Limited pioneered auto vehicle registration in Nigeria with the household Trademark called “AutoReg”.

Tosin Faniro-Dada is the Managing Director & CEO of Endeavor in Nigeria. Tosin is passionate about supporting entrepreneurs and helping them scale, not just for the immediate impact this has on their organization but more for the multiplier effect this confers on the larger society and economy. She has worked with entrepreneurs in various life-cycle stages, supporting them with interventions and resources to help them thrive. 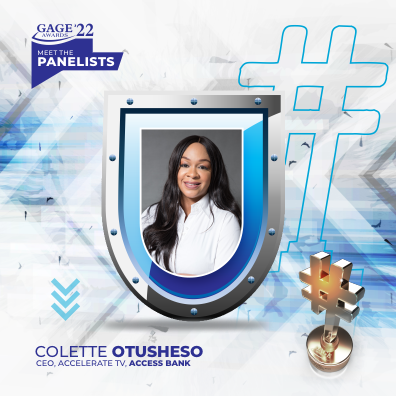 Colette Otusheso is an experienced, value driven marketing, communications and project management professional with a proven record of championing organizational wide initiatives within cross- functional teams. With over 20 plus years work experience in companies including The Department of Trade and Industry, IBM, The London Borough of Lambeth, JP Morgan and many others.

Colette has worked with well-established global and local organizations including VIACOM International Media Networks Africa and MNET Africa. As marketing and Events Manager at MNET, Colette was instrumental in the successful launch of several Africa Magic channels across Africa as well as the marketing of MNET’s biggest properties, including Big Brother Africa, Tinsel, Naija Sings, Face of Africa and other MNET shows.

Colette is the CEO of a new exciting Lagos based multi-media content creation start- up, AccelerateTV (www.acceleratetv.com) inspired by Access Bank.

In 2015, Colette was named one of the 15 most powerful women in Nigerian entertainment and in 2017 was named International Women’s day’s 10 most popular women in Nigerian Entertainment. She picked up an Award for Innovation in Recognition of New Thinking in Digital Storytelling and Television Programming for Accelerate at the Women in Journalism Africa Awards 2017. 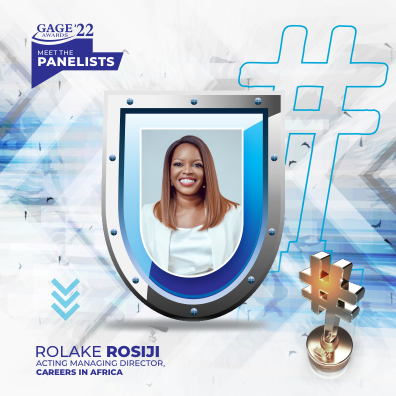 Rolake Rosiji is the Acting Managing Director of Careers in Africa , part of the Global Careers Company. She started her career with a graduate program at the International Transaction Tax Department in the UK from September 2010 to February 2011. Between 2011 and 2018, Rolake gathered more experience working with 4 different companies in different roles. Coffey hired Rolake as an analyst while PA Consulting Group hired her afterwards as a Consultant Analyst. She later joined the Royal Danish Consulate in Lagos as a Commercial Advisor.

For 3 years, Rolake Rosiji worked with Arla Foods in the corporate strategy and business development sector. In 2018, She joined M-KOPA, an asset financing company that helps people get finance for their everyday essential needs. At M-KOPA where she served for over 2 years as Country Manager in Nigeria, she headed the technology and sales operations for credit-financed smartphones and solar power sets.

Rolake left M-KOPA and became a part of the Jobberman team as the CEO for a while before leaving. 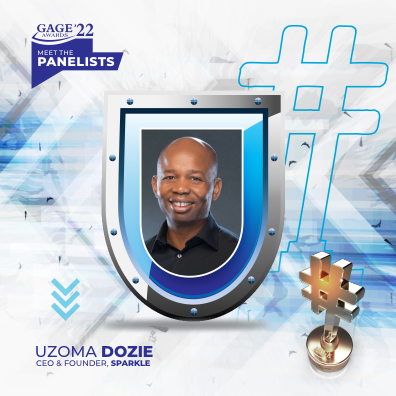 Uzoma Dozie is one of Nigeria’s leaders in the financial sector and the last Group Managing Director of Diamond Bank, Nigeria.

He is the founder of Sparkle, a mobile-first platform for Nigeria’s retail sector, using technology to power financial inclusion at scale.

At Diamond Bank, Uzoma was responsible for overseeing the Corporate and Commercial arms of the bank. He holds a BSc in Chemistry [University of Reading], an MSc in Chemical Research [UCL] and an MBA from Imperial College London. 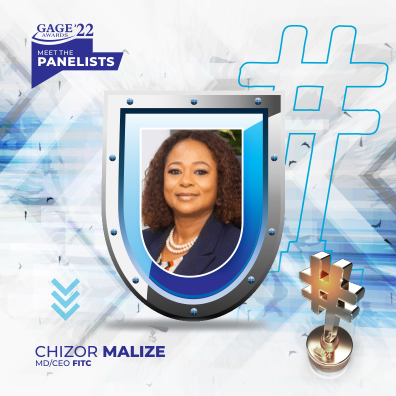 She was a Founding Partner and CEO at Brandzone Consulting LLC. She led the firm’s Consulting practice serving major international and indigenous organizations of repute while creating thought leadership to advance businesses 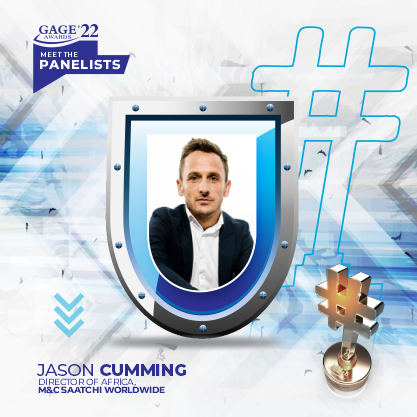 Jason is well-travelled and has along the way, curated a vast network of local business owners, partners and service providers that reaches all corners of Africa. This network gives him and his client’s access to Africa’s burgeoning middle-class through real-time local insights, operational support and quality integrated marketing services on the ground.

His entrepreneurial spirit and penchant for the business of marketing & advertising has recently seen him make the bold move to go it alone as a Strategic & Creative Communications consultant, specialising in emerging markets. 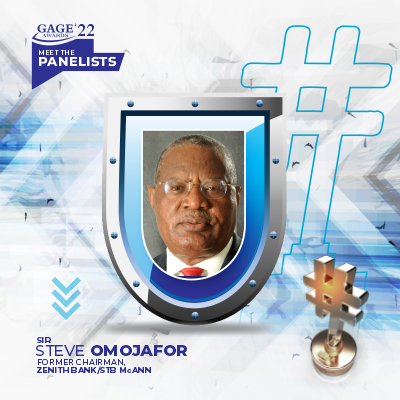 Sir Steve Bamidele Omojafor, former Chairman of Zenith Bank, an accomplished marketing communication, advertising expert, and holder of the national award of the Officer of the Order of the Niger (OON) is a member of the Board of Directors of the Institute of Human Virology, Nigeria (IHVN). His extensive knowledge of mass communication and social marketing is invaluable to the national response to mitigating HIV, TB and other communicable diseases.

Sir Omojafor earned a Bachelor of Arts Degree from the prestigious department of Mass Communication of the University Of Lagos, Nigeria in 1972 – specializing in marketing communications. He has also attended several advertising seminars and workshops in the United States of America including a short program at the Columbia University, New York; Australia, Holland, United Kingdom and around Africa.

He was co-founder of the famous Rosabel Advertising Agency and Former Group Managing Director/CEO of STB-MCCANN – a leading marketing communication company providing services to multi-national companies. He is also the chairman of the Board of Trustees of Augustine University in Epe and the chairman, Board of Trustees of the Association of Advertising Agencies of Nigeria.

Sir Omojafor is a director of several companies in Nigeria, Ghana and Sierra Leone. He is well known for his philanthropic activities through his tireless involvement in many non-governmental organizations. He is Director, Bloom Cancer Care and Support Center; Trustee, National Association of Handicapped Persons; Golden Pillar (Goodwill Ambassador), National Cancer Prevention Program and Member, National Society for the Blind. He is a Fellow of the Nigerian Institute of Marketing (NIMARK) and also a Fellow of the Advertising Practitioners Council of Nigeria (APCON). He is married with three grown children. 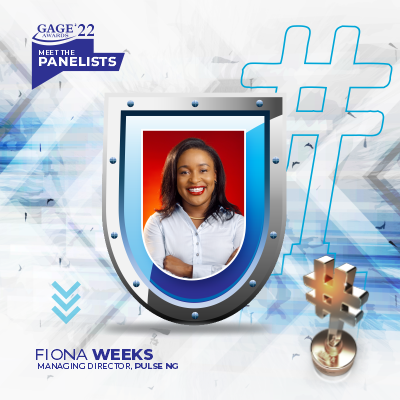 She has previously worked in brand management at Unilever’s global HQ in Rotterdam, NL and as a broadcast journalist for ABC news in Maryland, USA.

Fiona received her BA, Journalism from the University of Maryland, College Park & her MBA from the Rotterdam School of Management.

Fiona is budding foodie who spends her free time trying all that the Lagos food scene has to offer. 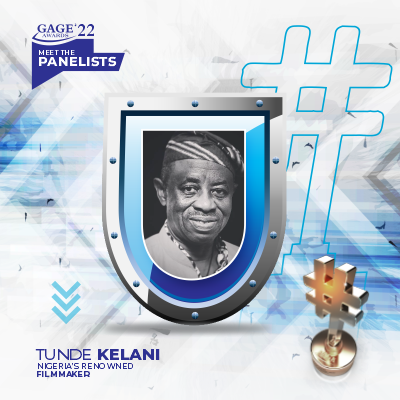 Tunde Kelani, popularly known as TK, is a Nigerian filmmaker, storyteller, director, photographer, cinematographer and producer. In a career spanning more than four decades, TK specializes in producing movies that promote Nigeria’s rich cultural heritage and have a root in documentation, archiving, education, entertainment, and promotion of the culture.

He is also known for his love of the adaptation of literary material into movies as most of his works have followed that style of filmmaking including Ko se Gbe, Oleku, Thunder Bolt, The Narrow Path, White Handkerchief, Maami and Dazzling Mirage.

In the 1970s, Kelani worked as a BBC TV and Reuters correspondent, and in Nigerian TV. For Reuters he travelled to Ethiopia to cover the drought and to Zimbabwe three times to cover independence there. Once he finished from the London Film School, he returned to Nigeria and co-produced his first film with Adebayo Faleti called The Dilema of Rev. Father Michael. Other co-producers include Alhaji Lasisi Oriekun, Wale Fanubi – his partner from Cinekraft, Yemi Farounbi and screenplay by Lola Fani-Kayode. Tunde Kelani has also worked on most feature films produced in Nigeria in his capacity as a cinematographer. Some of the 16mm feature films he worked on include: Anikura; Ogun Ajaye; Iya Ni Wura; Taxi Driver; Iwa and Fopomoyo. In 1990, Kelani was an assistant director and an actor in the 1990 film Mister Johnson, the first American film shot on location in Nigeria. Starring Pierce Brosnan and Maynard Eziashi, the film was based on a 1939 novel by Joyce Cary.